Warning: Parameter 2 to qtranxf_postsFilter() expected to be a reference, value given in /wp-includes/class-wp-hook.php on line 286
 Advisory Board - 9 Forum Gospodarcze TIME 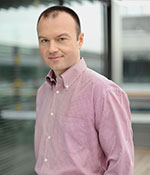 born in 1974 in Łódź, Poland. Graduated in Law and International Relations at the University of Warsaw. Graduated from Stanford Executive Programme (2015) at Stanford University, USA. In 2007-2010 Deputy Minister of Internal Affairs and Administration, responsible for development of information society and public registers and the chairman of the government committee Digital Poland. Awarded with Info-Star (2009), INFOSTAT (2009) and Ambassador of the Electronic Economy (2008) granted by ICT organisations in Poland.

From 2010 to 2012 he was Vice President, and then acting President of the Management Board of PGE Energia Jadrowa (Nuclear Energy) SA.
Currently holding a position of Executive Director for Corporate Affairs in Orange Polska. Member of the Foundation Governing Council at Swiat Idei (A World of Ideas) and Foundation Orange. 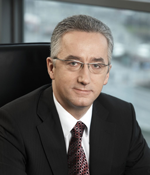 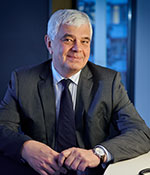 Dariusz Fabiszewski is the General Manager of Cisco in Poland since March 2011. Previously he worked as an expert and manager in the IT consulting group, a part of business consulting department of Ernst & Young (2009-2011). From 2003 to 2009, Mr. Fabiszewski was the General Manager of IBM Poland. Prior to that, he was the Managing Director at Fujitsu Siemens Computers, responsible for the region of Poland, Czech Republic, Russia and CIS countries.

In 1996 he joined Siemens Nixdorf Information Systems AG as the Managing Director and from 1998 to 1999 he was the Managing Director at Siemens Business Services and Information & Communications Products in Poland.
Dariusz Fabiszewski holds the Warsaw University of Technology degree in Telecommunication. He also completed the Executive Business Education manager program at Babson College (Boston, 1997).
Dariusz Fabiszewski is an experienced business leader in sales and management.
On a private note, he is passionate about golf and skiing. 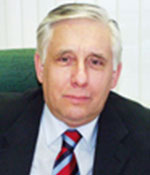 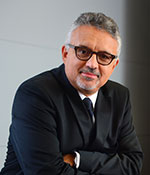 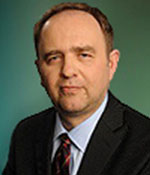 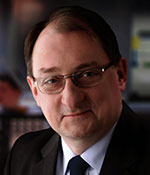 Trained electronics engineer, graduate of the Gdańsk University of Technology. Creator of the VECTOR brand (1988), responsible for developing one of major telecommunications brands in Poland and Europe. Has worked with cable operators for 25 years. Since 2003, a member of the Society of Cable Telecommunications Engineers (USA) and a board member of KIGEiT. 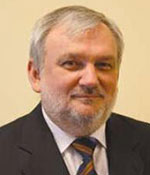 He started his career as an Assistant and later Associate Professor at the Institute of Computer Science of the Warsaw University of Technology (1979-1991). In the late 80s he worked as a Visiting Researcher and Consultant at FreeForm Design AB – a Swedish IT enterprise. Between 1991-1997 he was a Deputy Director of a Software Department and then a Vice President at Inter-Design Tessel Systems – a Polish company specializing in CAD software.

In 1997 he founded Globema, which over the years has become one of the leading suppliers of geospatial IT solutions and services on the CEE markets. In 2005 Marek received INFO-STAR (a prestigious award of the Polish IT industry) for ‘Business Achievements’. 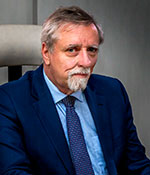 Wojciech Kamieniecki was appointed to the position of the Director of the NASK Institute on April the 1-st 2016 by the Minister of Digital Affairs. He has been working for NASK since December 2015. First as a Head of ICT division, and since November the 1-st 2016 as acting Director of NASK. Wojciech Kamieniecki graduated from Faculty of Automatic Control, Electronics and Computer Science at the Silesian University of Technology (1981). He took his postgraduate studies at The Faculty of Economics and Management of the University of Szczecin (2002). He has broad experience in managing large enterprises and projects in the area of telecommunication.

Among other positions, he has been a Director General of Multimedia Polska S.A., CEO of Nordisk Polska Sp. z o.o., Project Manager of TETRA EXATEL S.A. and recently Director General of the “Internet for Mazovia” project, dedicated to build a broadband backbone network in the Mazovia region. In November 2013 Wojciech Kamieniecki started to cooperate with CEE Equity Partners (PE) in evaluating regional and last mile network construction projects. Also since 2014 he has been President of the Supervisory Board of Mielec PV S.A., a company building photovoltaic plants. He gave scientific publications on company’s developing and managing strategy and company’s value dynamics. 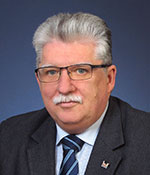 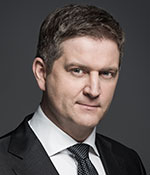 President of Onet.pl, a member of the board of Axel Springer Polska and a member of the supervisory board at ING Bank Śląski. Previously he has been affiliated with HBO as the President HBO Poland (2000-2015) and Senior Vice President HBO Europe (2007-2015).
He graduated from the Cracow University of Economics (Foreign Trade Faculty) and TGM at the Harvard Business School. 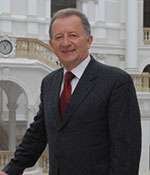 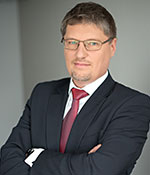 Graduate of the Faculty of Economics & Law of University of Maryland in USA and of the Master of Business Administration (Executive MBA) of Warsaw University of Technology.

Since 2008 he has served as President of the Board of EmiTel sp. z o.o. based in Warsaw.

Mr. Przemysław Kurczewski implemented many successful strategic projects in the company.  One of his biggest undertakings in terms of size and kind was the deployment of Digital Video Broadcasting — Terrestrial (DVB-T) standard in Poland. With DVB-T deployment, the reception and quality of TV signal was increased and a choice of TV channels was expanded.

In 2012 he re-organized the Polish sea rescue communication system, which ensures 24/7 communication services using international radio frequencies in case of emergency and for safety purposes at sea.

Since October 2013 the company has delivered fixed digital radio broadcasting in DAB+ (Digital Audio Broadcasting) standard for Polskie Radio, gradually extending the coverage to other regions of the country.

Also worth noting are charitable actions for foundations, schools and other organizations, as well as sponsorship of a variety of initiatives undertaken by local communities.

He received many awards, for instance Golden and Crystal Antennas Award granted during Symposium of the Telecommunication and Media World Gala in two categories: for Manager of the Year and for Company of the Year. Mr. Kurczewski was honored with the Diamonds of Private Equity Award for the most dynamically growing company in the telecommunications industry.

In 2014 he was awarded with Knight’s Cross of the Order of Rebirth of Poland for outstanding contribution to the state-of-the-art media technologies development. 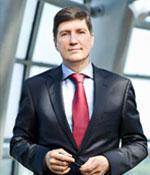 M.Sc. Electrical Engineer, Silesian University of  Technology in Gliwice, Poland. PhD on the topic of startup losses of energy units, Opole University of Technology, Poland. He has gained extensive experience in the area of generation, transmission and distribution as well as in the heat and power markets during his employment for over 30 years on management, supervisory and operation positions in energy sector. 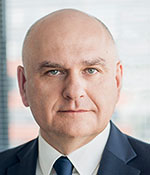 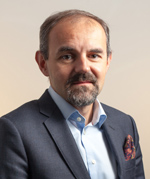 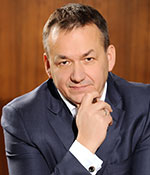 Ireneusz Piecuch – President of the Polish Chamber of Information Technology and Telecommunication. Legal adviser and partner at CMS; also managing the telecommunication practice of the office in the region of Central-Eastern Europe. Ireneusz Piecuch combines experience gained in business, and regulatory knowledge plus excellent command of the telecommunication sector and new technologies. Has been active in the market for more than 25 years. During that time he managed many local and international projects, and performed the function of member of management boards and supervisory councils at international organizations and firms quoted on the Warsaw Stock Exchange.

Vice President of the Polish Post during 2013-2015. During 2010-2013 partner at CMS responsible for legal advising in the telecommunication sector in Central-Eastern Europe. During 2006-2009 worked for Orange (earlier for Telekomunikacja Polska SA), among others as member of management board dealing with business strategy and development. Earlier for 11 years worked at IBM performing among others functions of the head of legal department, dealing with development of the outsourcing practice in Central Europe; also vice president of the company in Poland. His professional experience includes also functions in supervisory councils of such firms like Wirtualna Polska, Emitel, KGHM Polska Miedź SA oraz PKP Polskie Linie Kolejowe SA. 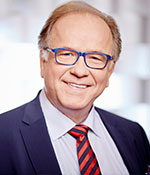 Andrzej Rogowski is one of the founders of Multimedia and its first President of the Management Board between 1992 and 2000. In the years 2004-2005, he was a member of the Supervisory Board and, between 2001 and 2004, he was the Chief Executive Officer of TeleNet Polska and other Multimedia group companies. He became President of our Management Board again in November 2005. Earlier, he was a Technical Director and the manager of the team responsible for the operation of the telecommunications networks in the governmental telecommunications office for Kalisz region. Mr. Rogowski holds two MSc degrees from the Poznan University of Technology 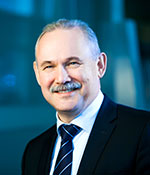 Marek Roter – President of the Management Board ,  HP

Marek Roter has been President of the Management Board of Enterprise Services Polska Sp. z o.o. since January 2017, when the Enterprise Services departament was separated from Hewlett Packard Enterprise and transformed into an independent company engaged in IT environment integration and computer systems support.

He started his career in Hewlett-Packard Polska in 1993. For more than 10 years, he held a number of sales-related positions. In 2004–2008, he worked at Microsoft, where initially he lead the Enterprise and Partner Group (EPG) and after about a year assumed the position of Country Manager of the Polish branch of the company. After leaving Microsoft,  for the next three years, he worked as an advisor at NASK. In December 2012, he returned to HP Polska and assumed the position of Director of Technology Services, where he was responsible for the maintenance services area in Poland. He remained at that position for 3 years and in 2016 he took over the role of Global Accounts and C&P Sales Manager, responsible for sales to global and strategic clients. In December 2016, he was appointed Managing Director of the Enterprise Services Group.

At the beginning of his career, he was connected with the Wrocław academic community. 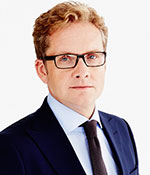 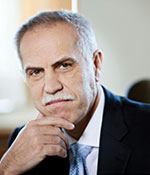 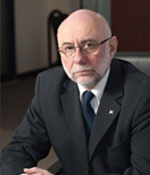 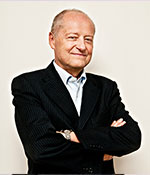 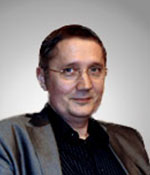 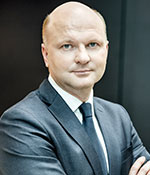 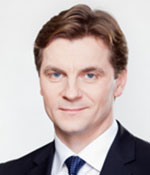